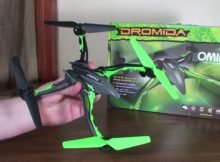 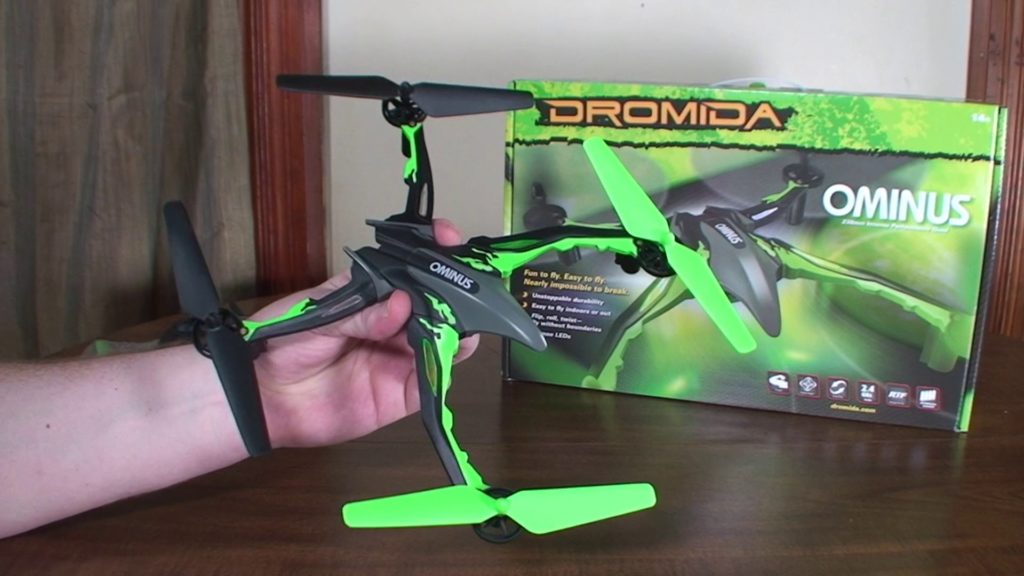 Trying to find a UAV at a reasonable price point these days that is actually worth flying isn’t anywhere near as simple or as straightforward as it probably should be.

Thankfully, with products like the Dromida Ominus UAV, the selection process is becoming a lot easier than it’s ever been before – but that has everything to do with the fact that this is a groundbreaking product across the board.

Giving individuals opportunities to fly and pilot their very own quadracopter at up to 200 m using a secure remote control 2.4 GHz spectrum radio band, this amazing little gem is going to fly through the sky at speeds you are going to have a difficult time believing at first. At least until you remember that you’re controlling the stick, anyway.

Though it may be one of the more interesting UAV designs on the market right now, it also happens to be one of the better performing options as well. There’s something really special about the Dromida Ominus UAV.

The control board for the Dromida Ominus UAV has been completely reconfigured from the ground up, which not only gives “pilots” the opportunity to better and more efficiently controls their UAV when it is airborne, but it also increases the energy efficiency of the batteries that power these amazing little aircraft – keeping you up in the air longer than you would have been previously.

Combine that with two channel radio options to help you keep the channels clear when you want to have rock solid communication between your remote control and the UAV itself, and you’re looking at something that is a game changer in absolutely every sense of the word.

Beautifully designed (if not a little bit radical from many of the more traditional UAV options out there), this particular drone is available in a multitude of colors. Relatively inexpensive (selling for less than $100 right now), you aren’t ever going to have to worry about breaking the bank when it’s time to buy one of these beautiful little gems.

The included remote control module can link up to digital cameras or video feed cameras, though you’ll have to add these extras on later if it’s something that you’re interested in. This involves using third-party mounting brackets and third-party equipment, but it’s definitely possible to have an airworthy craft that can pick up video and still pictures without any headache whatsoever.
This remote control module runs off of a lithium-ion battery pack that can be recharged in record time, and also offers hours and hours of uninterrupted enjoyment when flying the aircraft.

One of the issues that some people have had with the Dromida Ominus UAV is that the “wingtips” or propellers have a nasty little habit of coming loose from time to time. And while this isn’t usually a major concern, it can definitely throw off the aerodynamics and flight physics of this quadracopter, – and then all kinds of crazy things can happen.

It’s also a little bit expensive (around $100 or so), but there’s always an opportunity to pick it up at a substantial discount if you’re willing to do a little bit of research and some baking.

Probably best suited for those that are just getting started with this hobby, this is the kind of aerial craft that you’ll want to pick up for people that aren’t fully convinced that this is something they want to spend time on – but people that want to give drones a fair shake of same.

You’re really going to enjoy the Dromida Ominus UAV, that’s for sure!