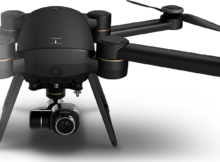 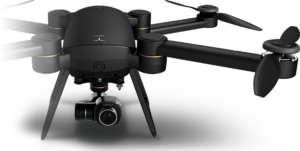 For those of you that are currently looking through the market for a drone, you should never purchase the first one you come across. Before you buy something like this, you need to take time to do some research in order to make sure the one you are getting is suitable for you. Whether you’re a beginner or advanced flyer, the GDU Byrd Premium 2.0 might just be a viable option for you. Today, we’re going to take a look at the GDU Byrd Premium 2.0, which seems much better than many of the traditional drones.

The Size and Color of the GDU Byrd Premium 2.0

The GDU Byrd Premium 2.0 has a wingspan of 24.5 inches, which is basically the average size for a drone. It is one of the heavier drones on the market as it weighs in at 4.2 pounds. As far as the color goes, you’re not really going to get anything special here – you have black and white to choose from, but that isn’t that big of a deal.

This drone is capable of staying in the air for 29 minutes, which is really good because the average drone has a flight time of only 8 minutes. The drone can carry up to 4.41 pounds in addition to the weight of the components that are already built-in. The carry weight is also slightly above the average payload capacity. With a payload of this size, the GDU Byrd Premium 2 will be able to carry an average DSLR camera – take note that the more you carry, the less flight time you will have as it will take more battery power.

The battery capacity is what helps us determine the overall battery life – with a 6,700 mAH battery, this drone sports a large battery capacity that just so happens to be 6,050 mAh larger than the typical battery. Remember though, the larger the battery, the heavier it is going to be and this can have an effect on the ability to carry additional weight.

Where Can This Drone Operate?

The Byrd is capable of reaching a top speed of 34 mph, which is about the average speed of a drone on today’s market. This is the horizontal speed – you will need to account for the wind direction and strength while flying as this will have an effect on the rate of travel.

The 2.0 has done a good job at combining the features of a remote control with the visual appeal of a smartphone/tablet. It is best if you operate it while using the two-in-one combination, which will require you to download the GDU app onto your mobile device. Most people choose to use the mobile device for a first-person viewing angle from the airborne drone. So, in order for the drone to take flight, you will need to use the two together.

Once you have the mobile app installed, you will be able to operate the drone up to 6,562 feet away from you – that is approximately 6,234 feet further than the average operating range.

Regardless of who you are, if you are currently on the market for a drone, then the GDU Byrd Premium 2.0 looks pretty promising. The fact that it can fly 6,562 feet away from you, has a variety of features and has a flight time of 29 minutes makes it stand out from the crowd of the traditional drones we are so used to.