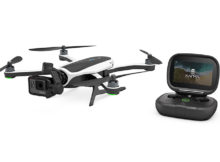 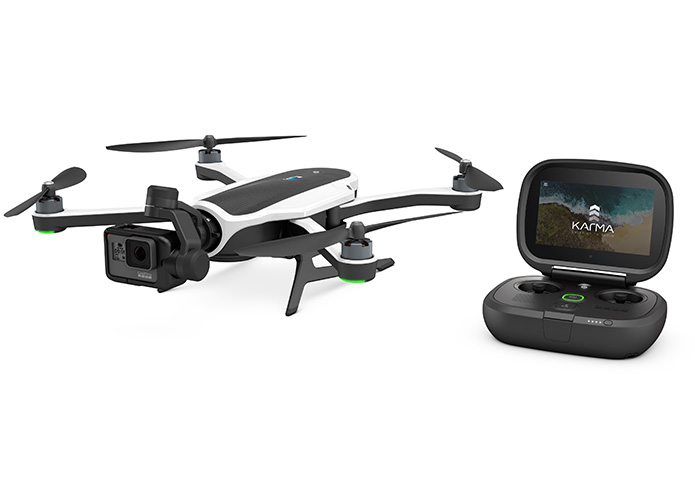 As of right now, there’s a large amount of drones currently available on the market, which makes it hard for a beginner to pick the one that is suitable for them. Before you go out and purchase the first drone you come across, it is important that you do your research, or you could end up getting stuck with something that isn’t all that great. If you’re looking for a nice bundle, then the GoPro Karma is a viable option.

What is the GoPro Karma?

Basically, the GoPro Karma is an accessory that goes with the GoPro. However, you can still use the drone on its own, without using the GoPro. However, if you were to compare it to some of the other drones that are currently available, you may find that it is missing some key features. Despite it all, even with those key features missing, based on other reviewers, it appears that many people are satisfied with the Karma.

This is a good GoPro bundle that comes with a unique controller, a steady-cam mount and a nice backpack case. Looking at the controller, when holding it in your hands, you will feel as if you’re holding a portable game system, which is quite interesting, especially if you’re a gamer.

This is a decent drone. However, you shouldn’t look at it as if it were an autonomous aerial vehicle. It is more of a flying GoPro mount. It doesn’t have collision detection or the follow-me ability.

If you have never flown a drone before, that is perfectly fine, because the GoPro Karma is good for beginners. You can easily launch it in only a matter of seconds. As soon as you remove the Karma from its case, you can launch it in the air and staying in the air is easy, which is one of the biggest reasons this one stands out from the crowd of the others.

In order to make the process easier on you, there is a nice auto take-off button that you can press. However, if you’re more of an advanced flyer, you can go full manual without any problems. The flight modes include Orbit, Dronie, Cable Cam and Reveal. These modes will take care of those more complex moves, so even if you’re not sure what you’re doing with the drone, you will still be able to capture some amazing footage.

We understand the Karma is missing the ever so popular “Follow Me’ mode, but this isn’t a deal breaker as it doesn’t remove the fun out of flying a drone. When you use the Karma, you will be able to capture some pretty cool footage and thinking about it, that is probably exactly the type of accessory GoPro was aiming for. The price for the accessory is well worth it and it’s easy to fly – we really don’t see any problems with this product.