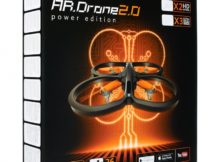 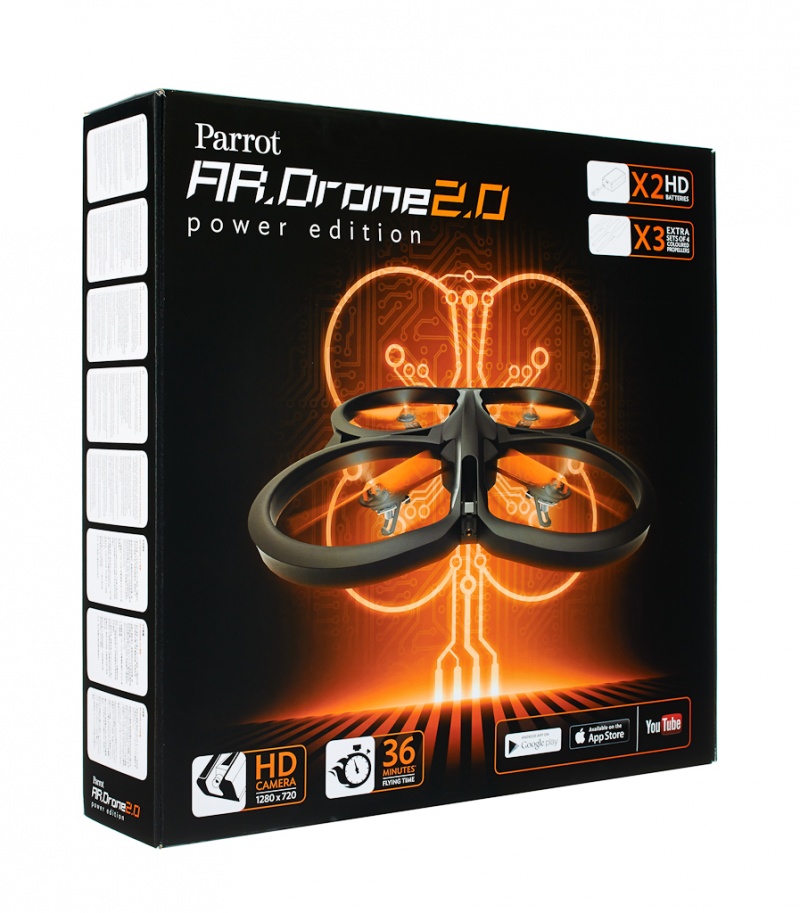 When it comes to quadricopters and helicopters, there isn’t much wiggle room between enthusiast remote controlled helicopters and toys. The latter are inexpensive toys that cost under $100, while the former are extremely expensive gadgets that are great for hobbyists. The one that sit in the middle of it all is the Parrot AR Drone 2.0. This is a quadricopter that you can control with your tablet or smartphone. If this is something that has caught your eye, then continue forward with this Parrot AR Drone 2.0 in order to determine if it is a viable option for you or not.

This drone is easy to fly and features two build-in cameras. You can control it, without worrying too much about it flipping over or running into things. If you’re looking for a good flying “toy” that is capable of taking photos and videos and you can control it with a mobile device, then the Parrot AR Drone 2.0 is your dream come true.

Controlled by an App

This is a plastic quadricopter that has a total of four plastic rotors. With the device, you also get two Styrofoam bodies – an outdoor body that keeps the rotors exposed and an indoor body that consists of foam rings surrounding the rotors. You can easily slip the bodies over the drone frame and it will stay security in place by putting a little bit of pressure.

This drone doesn’t have a power switch, but that is okay because it is activated by plugging in a battery, setting it in the slot and setting the body over it.

The drone doesn’t include any type of controller. This is because it relies on an iOS or Android iOS device that is connected to a Wi-Fi hotspot that the drone generates. Unfortunately, you do need a smartphone or tablet to pilot the drone, but this shouldn’t be a good idea if you already own one.

The app that is used in order to control the drone is quite interesting – it uses a two-stick control system by default. The right stick is used to move the drone forward, backward, left, or right. The left stick is used to control elevation and the direction of the drone. If you own an Nvidia Shield, you will be able to control the AR Drone with the physical analog sticks – this technique makes controlling the drone feel more responsive, but if you don’t have a Nvidia Shield, that is okay.

Watever the AR Drone 2.0 sees through its camera, you can record it in 720p – it’s a forward or down-facing camera. The mobile app is capable of handling all recordings and storage. So, any photos or videos you take will automatically be added to your tablet or smartphone – unfortunately, the drone doesn’t have any form of onboard storage.

This drone doesn’t record sound and if it did, the rotors of the drone would interfere with the sound. However, the video quality is decent and it can take some pretty good footage.

The AR FreeFlight software is the main way to function and record video from this drone. It is also the easiest way to update the firmware. This software is also capable of mapping out and geotagging flights and uploading photos/videos to Parrot’s AR Drone Academy service.

The Parrot AR Drone 2.0 is a viable choice for you if you’re looking for something that is nesting between an enthusiast device and a toy. It isn’t a remote controlled helicopter and it’s not a quadcopter camera mount for professionals – but it’s much more than a toy helicopter.