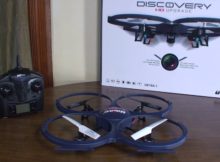 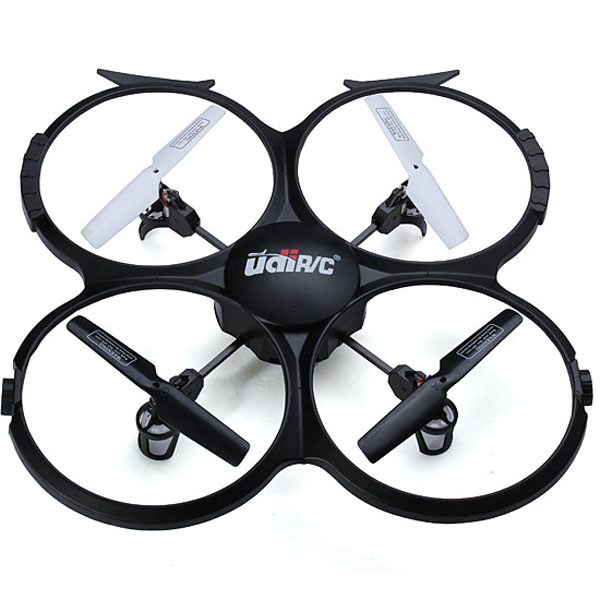 Are you searching for a good drone? If so, I would like to introduce you to the UDI U818A …

The UDI U818A 2.4GHz 4 Channel 6 Axis Gyro RC Quadcopter is a lightweight quadcopter and in my opinion, it is a great starter. This quad is somewhere in the midway point between a toy and a professional quadcopter with all the features and benefits someone just starting out could ask for. It’s powered by a rechargeable LiPO battery and comes equipped with a camera for taking both video and snapshots. It’s easy to control and works well both indoors and outdoors. This quad is the ideal starting point for anyone who is interested in purchasing their first quadcopter.

The UDI U818A features a 6 axis gyro with posture control which guarantees precise positioning of the copter. The 4 channel function provides stable flying and easy operation that is perfect for beginners. This quad isn’t made just with beginners in mind, though, featuring two fly modes: beginner and advanced. The lightweight, 4.6oz quad comes equipped with a high capacity battery and strong motor which allows for longer flight and less recharge time.

Typical flight times for the UDI U818A are approximately 7-9minutes with a 90-120 minute recharge time. The remote control for this quadcopter has a digital readout that offers a range of information including the thrust and battery usage. The remote distance is approximately 30 meters in all directions. This quad offers 3D full flight with up/down, left/right, forward/back, and leftward flying/rightward flying controls. In addition the controls include suspension and 360 degree flips. The quad comes equipped with a camera that can take still shots as well as video and includes a Micro SD card. As an added bonus, the UDI U818A comes equipped with lights for night flying.

The UDI U818A has both pros and cons. It is light in weight, so it can be a bit temperamental when the wind is blowing. However, this drone functions perfectly indoors and outdoors with little to no wind, but anything more than a very light breeze will begin to push the quad off course. Despite its light weight build, the UDI U818A is incredibly durable and is able to survive crashes into all manner of surfaces including trees, grass, and pavement. The digital readout on the remote is convenient and the auto stabilization offered is good for beginners. Unfortunately, although the LiPO batter for the quadcopter itself is included, batteries for the remote are not. The pictures and videos taken by the included camera are not high definition, but they are static free and function as advertised. This is another aspect where the auto stabilization comes in handy. The included Micro SD card is nice, but fills up fast, so it is beneficial to purchase a card with more space to avoid constantly emptying the card. Finally, although the 360 degree inversion is a cool feature and works well, be prepared to throttle afterwards, because the quad falls fast following the inversion.

For a beginner looking to try out their first quadcopter, the pros of the UDI U818A definitely outweigh the cons. It’s a durable, lightweight quad with auto stabilization and easy controls for the first-time buyer. In addition to all of this, it comes equipped with a rechargeable battery and an attached camera for video and still shots. The UDI U818A is the idea starting point for someone looking to upgrade from a toy to a real quadcopter.